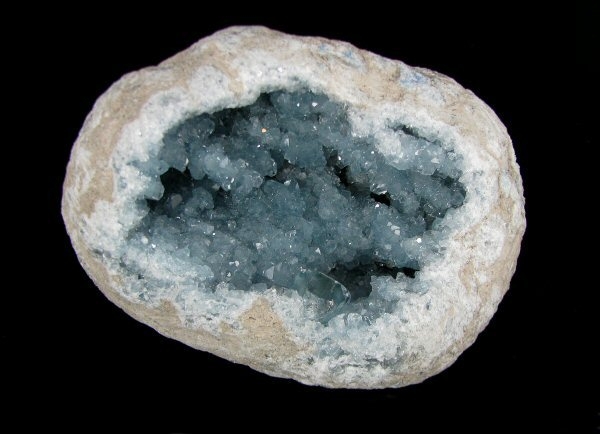 Celestite is named for the delicate sky-blue color, which is sometimes present. Take a quick look at any mineral marketplace, and you will most likely see this strontium mineral present in the form of the abundant Madagascar material, from the famous Sakoany Deposit. Madagascar definitely dominates today’s celestite production. But it should be known that some of the finest specimens of celestite have come from the United States. Specifically, fantastic crystals up to 18 inches (36 cms.) were found in a cave at Put In Bay, on Bass Island, in Lake Erie. New York, Ohio, Texas, and California have also had finds worthy of mention. I’m partial to some of the Clay Center, Ohio specimens, with their myriad, stalk-like blades of pale blue, and occasional treasures of golden calcite, or root beer colored cubic fluorites that come in combination. Here’s a few celestite beauties that have been sold in the past by Scott’s Rock & Gem. 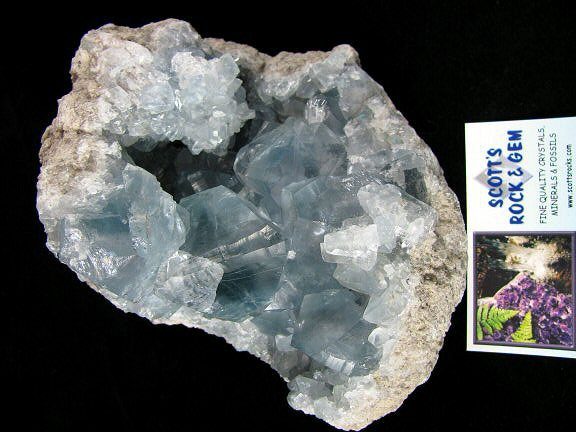 Awesome large, glassy, sky-blue crystals in this geode from Madagascar. 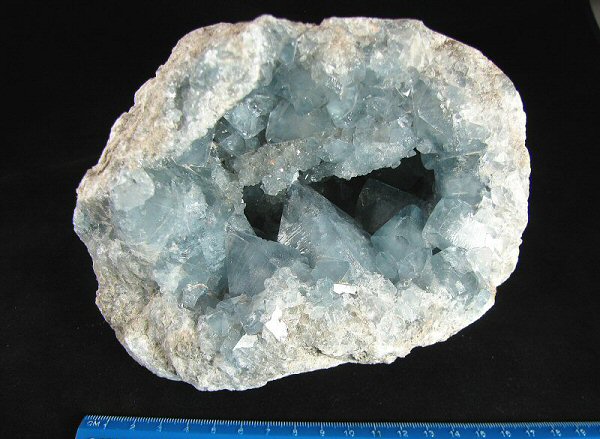 Another great geode, with combination of distinctive, large crystals, and thin crystalline wafer inside. 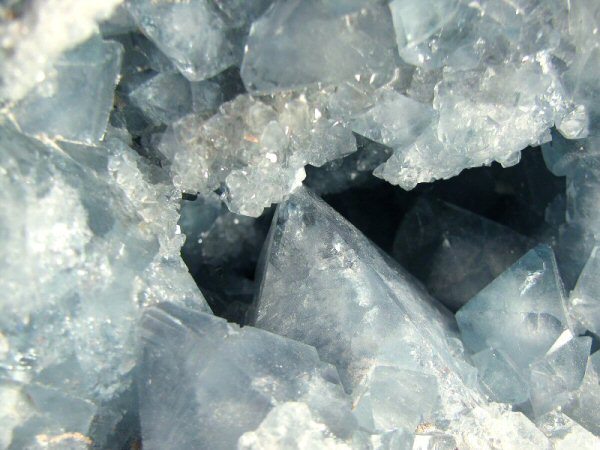 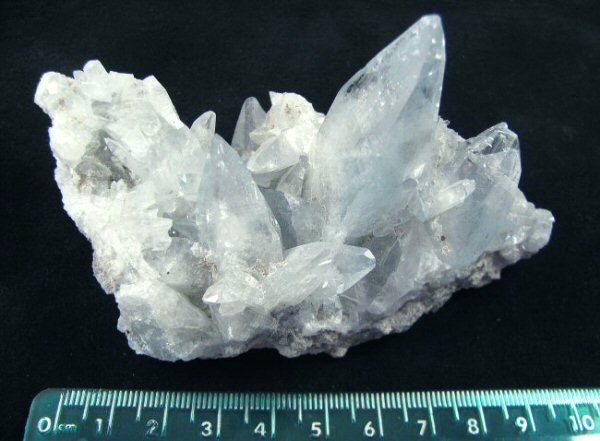 A classy example of the more dogtooth, or scalenohedral crystal structure of the Sakoany, Madagascar celestite. 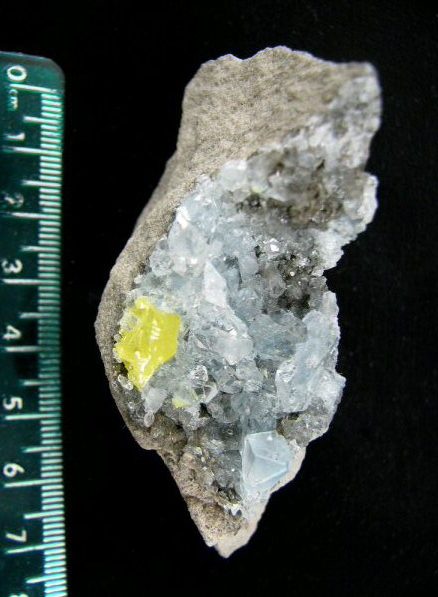 A sharp combination of sulfur and celestite crystals from the quarry in Maybee, Michigan, USA. 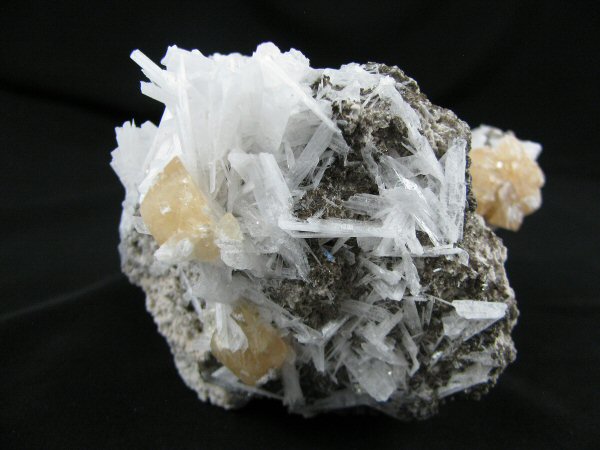 Beautiful combination of golden calcite scalenohedrons, nestled in amongst pale blue bladed celestite crystals in this piece from the limestone quarry at Clay Center, Ohio, USA. 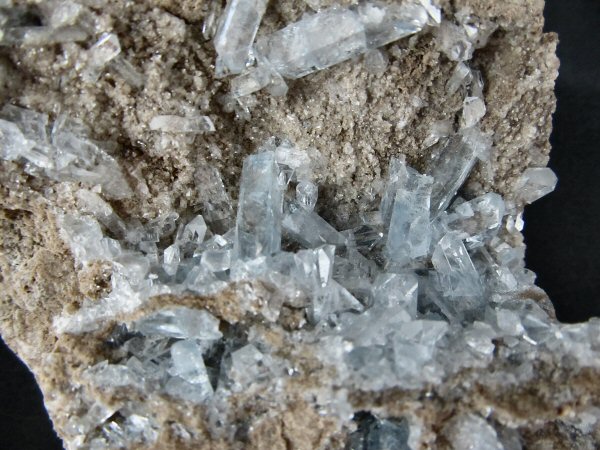