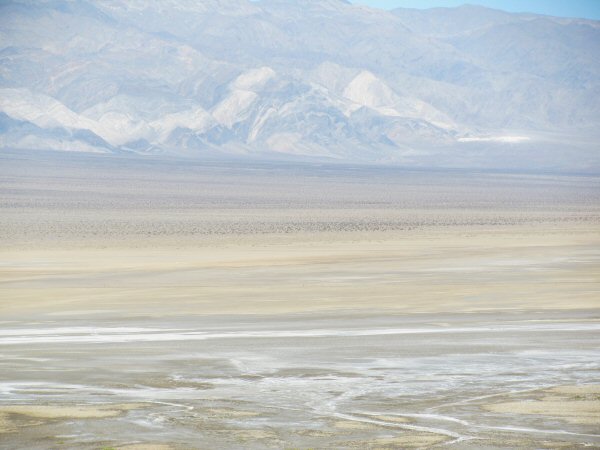 The sublime curves of the mountains lifting above unnamed pastels of the desert noon. Like an impressionist painting, there’s something captured here that causes me to return, year after year. This emptiness is perhaps a more true statement of where we actually live in the universe, than all the richness and overload of the cities. It’s a higher truth, and as such, it holds the pathway into a world I can only touch in moments, only barely get to know. But I long to go there, and immerse myself in its harsh and fragile beauty.

My setup at the annual Searles Lake Gem & Mineral Show, in Trona, California. Always the second weekend in October, I have manned this station for over 23 years. 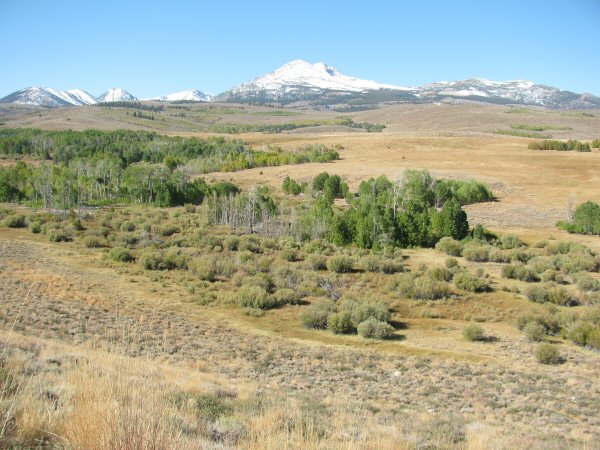 Just south of Mono Lake on Highway 395 is a place where you get one of those high Sierra forever views, with seemingly endless draws of quaking aspens running this way and that, way back up to the shoulders of the eternal snowy mountain peaks. Usually the trees are all turning yummy yellow in the golden light of autumn, but this year, they got a bonus month of summer as the temps stayed warm and mild well into October. 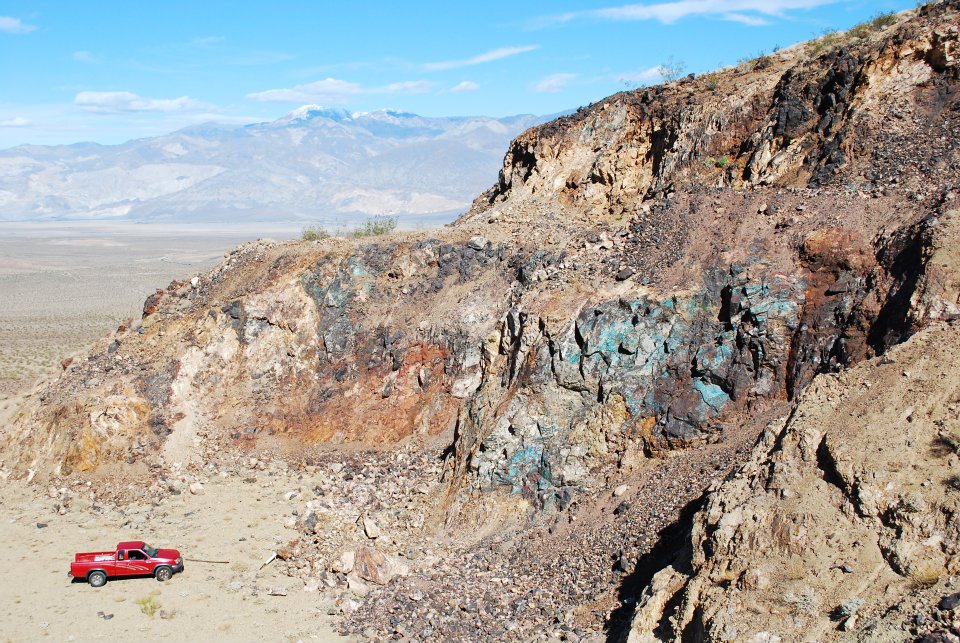 A short side trip north of Trona takes you to these mine dumps, just inside neighboring Panamint Valley. Chrysocolla occurs mostly as skins on the heavy, iron bearing host rock. If you collect one or two, you’ve pretty much done the job. But occasional specimens of nice drusy chrysocolla also occur here. Be aware: there is 100,000 tons of rock waiting to collapse from the wall in the picture. Be safe and collect in the dumps only. Undercutting or hammering on fractured walls could cause serious injury or death. 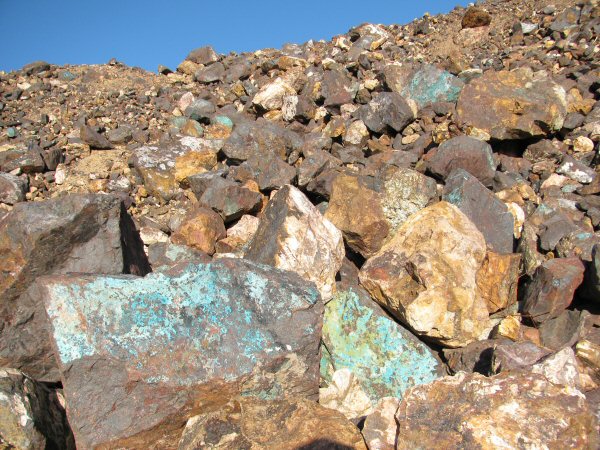 Tailings at the Whitaker Claim/Red Ox Mine. 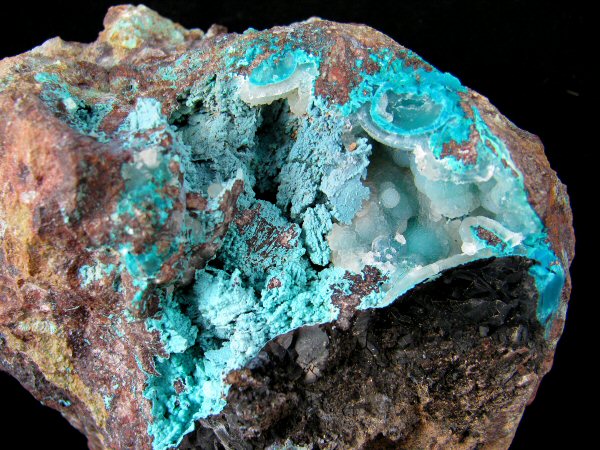 A gorgeous druzy chrysocolla from the Whitaker Claim/Red Ox Mine. 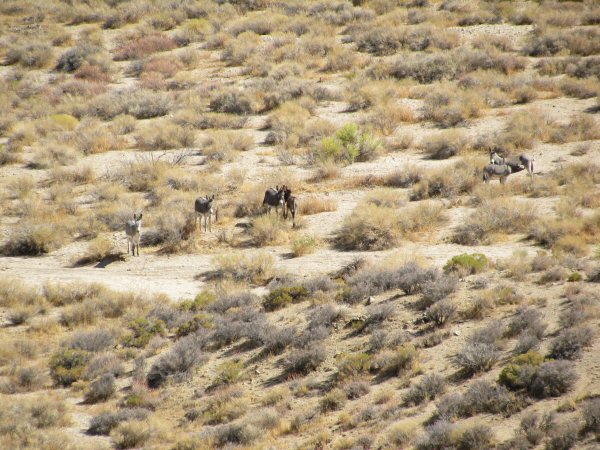 Descendants of burros that escaped from, or were abandoned by early gold miners in the region, still live in the harsh desert terrain. Here a nursing young-un is probably the reason that some of the others snort, and take a stand-offish approach to my proximity. Burros can be uppity, and I give them a wide berth, as I head up the canyon. I am searching for a lost smoky quartz deposit, revealed to me in the authentic oral tradition, by a local rockhound who had found it almost a half century earlier. The mountain is too high, and I don’t have enough daylight. It will have to stay lost for now. 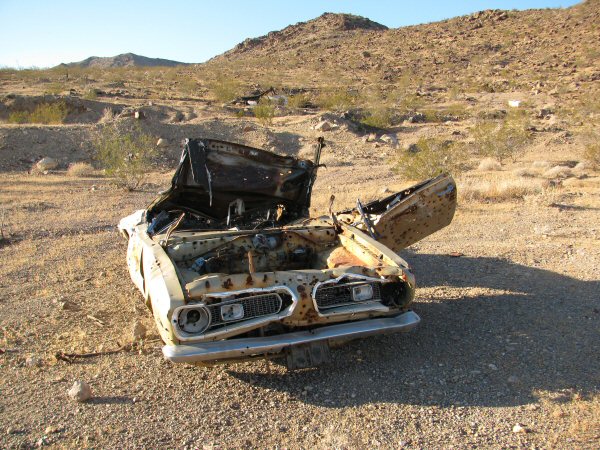 Don’t take your car on too many rockhounding excursions without having it serviced by a licenced technician at regular intervals. Editors note: The BLM has removed some “post mining debris” from this area, and this old car, which for years sat iconically at the entrance to the claim is now gone! 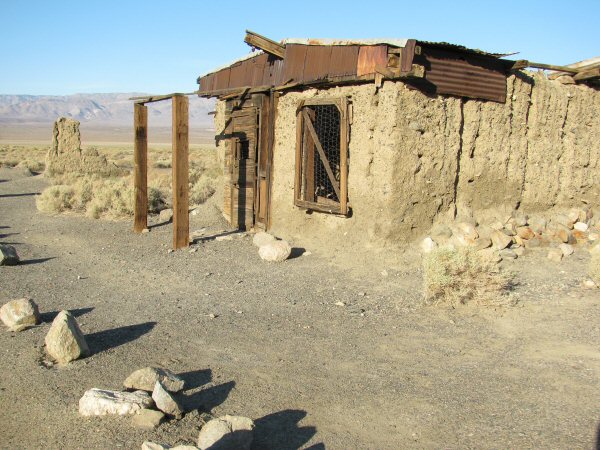 The remains of a gold rush town in Panamint Valley lie near the alluvial fans where modern day collectors search for “Ballerat marble” a nice, salmon colored marble with dark green streaking, that takes a reasonably good polish. 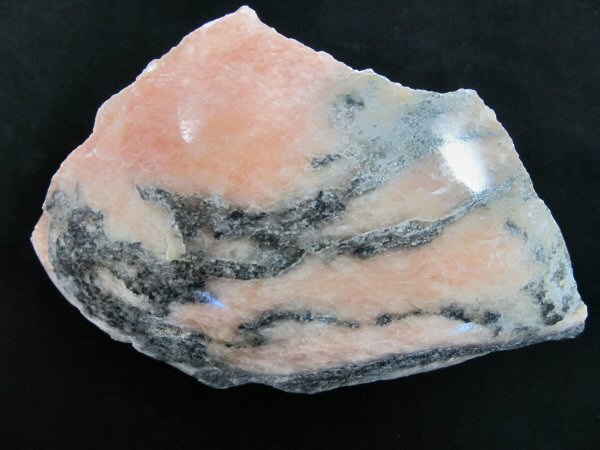 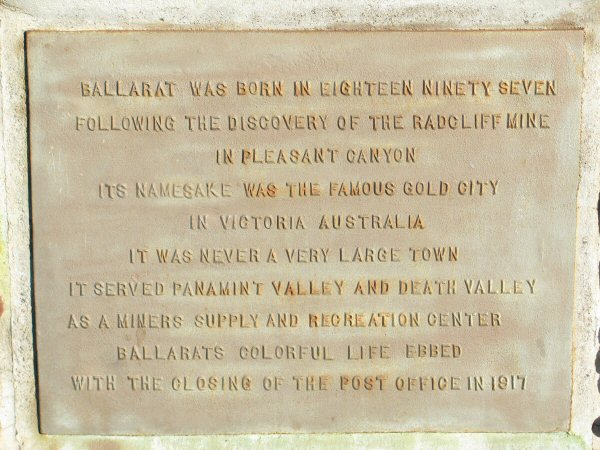 Speaks to the role of the post office as being the glue that holds a town together. 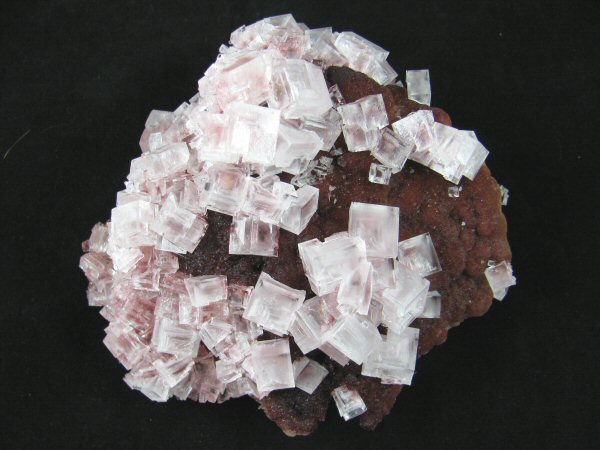 Halite – The backbone of the Searles Lake Gem Show

It’s doubtful that a thousand weekend desert rats would converge in Trona, if it were not for the unique collecting opportunities offered by the the Searles Valley Gem and Mineral Society. Of the three field trips offered, the 5 hours on Sunday, spent out on the lake searching for famed pink halite, are the Cadillac of the Trona trips, and the event is eagerly awaited all year by salty desert rockhounds. For an in depth look at the field trips, check out the club website at 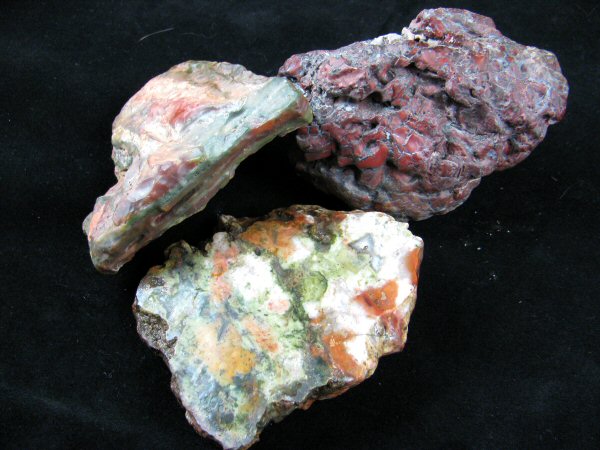 The area around Field Road, in the Mohave Desert of Southern California, is known for some colorful agates and jaspers. As is typical of these areas, there are about 1000 “B” grade, or boring agates for every one that might cut with an interesting interior. 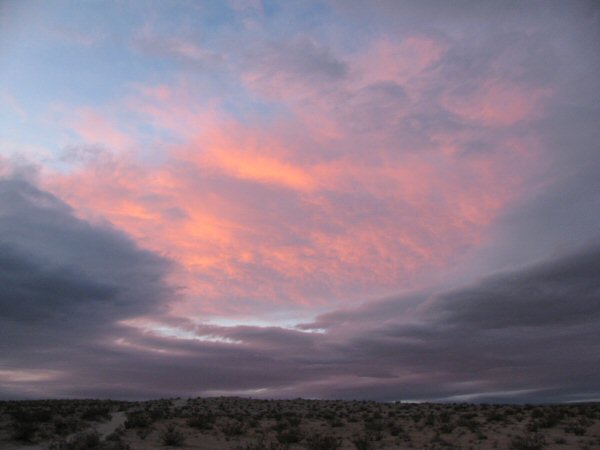 The rocks aren’t the only reason to hang out in the desert. 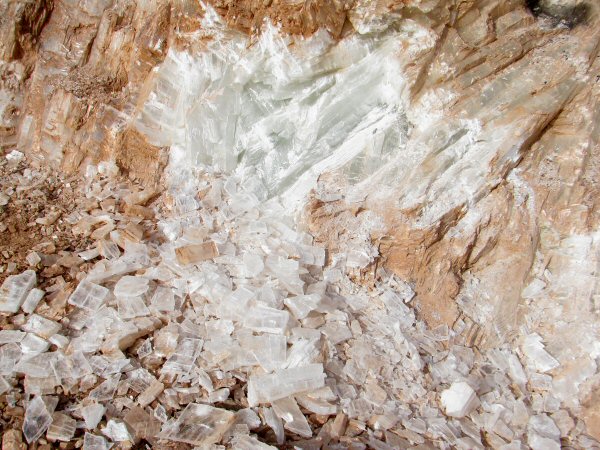 Between my shows in Trona, and Placerville, I make a run over to St. George, Utah, to collect from an old gypsum pit that sits just over the border into Arizona. Selenite is soft, but in the wall, it’s tough. I’m sweating in no time! Round about midnight, I strike a place where the selenite moves more freely, and am able to collect several hundred pounds! 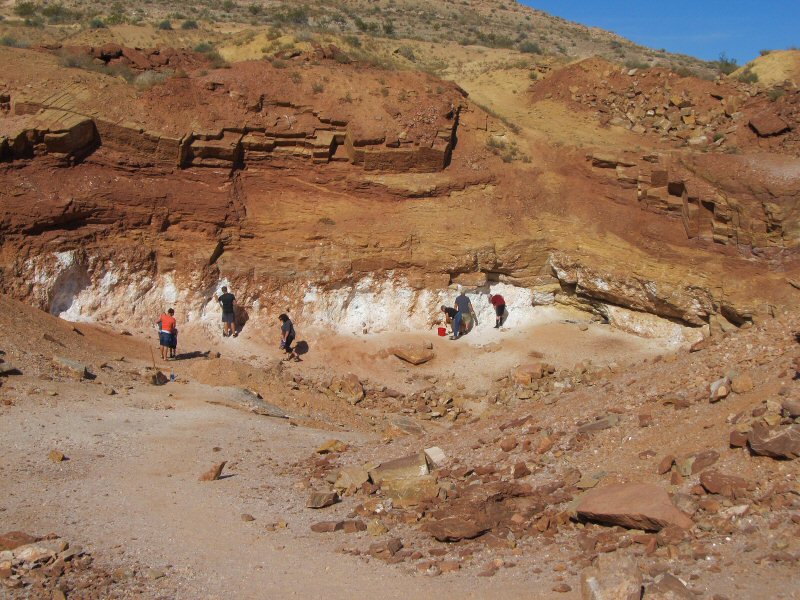 On a recent visit in October of 2017, I was pleased to see that the selenite pit was frequented by quite a number of families, many of whom had young children they were introducing to the wonderful world of rockhounding. It’s great to see families and kids enjoying the outdoors. 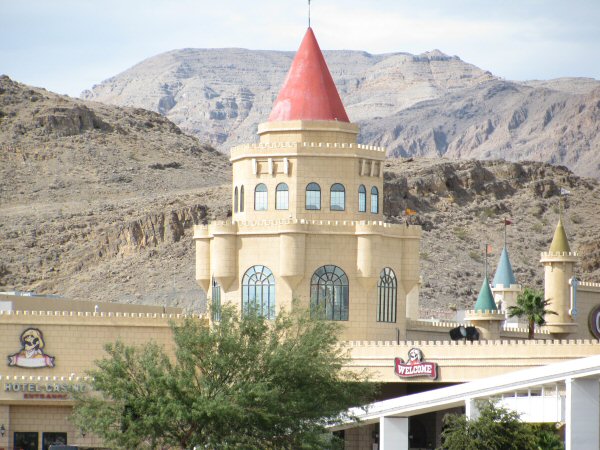 Castles sprout in the desert to pander to that “easy money” component of the American Dream. These establishments seem to embody the boom or bust mechanics that has driven so much of the regions economy, and history. 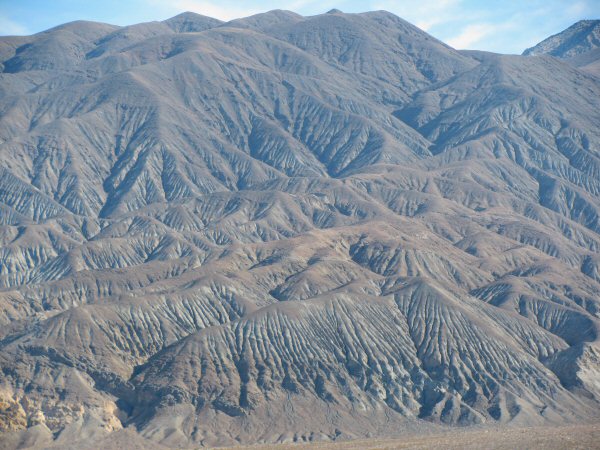 Beautiful Patterns of Erosion. When it’s time to go, I alway want to stay another week.